Star Wars has a director problem. That much is clear.

Last week, it was announced that “Jurassic World” helmer Colin Trevorrow and the studio were parting ways due to that notorious, old standby, “creative differences.” Trevorrow was deep into the development process of “Star Wars: Episode IX,” and word is there were issues with his script as well as conflicts with studio chief Kathleen Kennedy.

This supposedly amicable divorce comes on the heels of the firing of directors Phil Lord and Chris Miller during production of the Han Solo spin-off. Veteran Ron Howard is in the process of mopping up that mess. 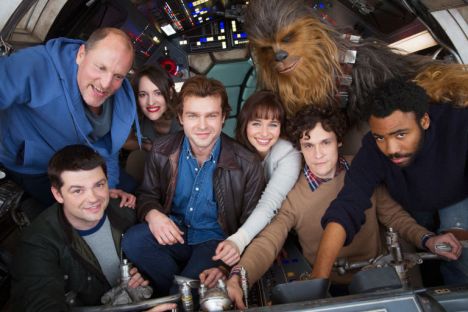 The cast of the Han Solo movie.

Before that, Gareth Edwards managed to survive the entire making of “Rogue One,” but only after Tony Gilroy stepped in for rewrites and reshoots. The patchwork, crisis-barely-averted nature of that relationship is on full display in the entertaining, but uneven spin-off, which became a box-office hit anyway.

And nobody seems to want to remember the dismissal of director Josh Trank, who was set to shepherd an unnamed Star Wars film until his career imploded due to his unprofessional behavior during the production of “Fantastic Four.”

I hope I’m not the only one who finds it annoying that online journalists have swallowed hook, line, and sinker a narrative that portrays Kennedy and company as victims doing their best to corral an unruly stable of volatile, out-of-their-league filmmakers who aren’t up to Lucasfilm snuff.

Meanwhile, on the Nerdist website, Alicia Lutes writes: “The news comes as a shock to many, and a welcome surprise to others who were concerned about Trevorrow’s spotty track record. … However, it is important to note that Trevorrow’s firing is completely reasonable.”

Well, actually, we have no idea if the sacking of a director who was once an indie darling, delivered a massive, albeit critically panned hit, followed by flop “The Book of Henry,” is completely reasonable. It will be awhile until full details of his exit from “Episode IX” emerge, if ever.

So far, it is anyone’s guess whether the Star Wars director problem can be chalked up to the studio’s perfectly innocent bad luck in hiring a bunch of edgy, young upstarts or the fact that Kennedy and company don’t really want these auteurs to put their unique vision and original stamp upon the hallowed franchise that George Lucas built.

I suspect the latter, but I can’t prove it. Maybe it’s something in between those two dichotomies.

I’m not here, however, to defend Trevorrow. I loved his debut film, “Safety Not Guaranteed,” but his work since then doesn’t exactly inspire confidence. Neither does his seeming inability to champion strong, female characters in his films.

I am writing, instead, to issue a challenge to Kennedy and Lucasfilm.

Now that the “Episode IX” director’s chair sits empty, it is the perfect time for Lucasfilm to step up and hire a women to take over production of the last chapter in their latest trilogy.

Kennedy is one of the most powerful women in Hollywood, a veteran producer, co-founder of Amblin Entertainment, and Lucas’ appointed successor. She is an advocate for women, maintaining an executive team that is more than 50% female.

Nevertheless, Kennedy seems to be dragging her feet when it comes to giving a woman the opportunity to helm a Star Wars film, even though she has said in the past she has every intention of making it happen at some point.

Why continue to delay the inevitable?

There’s no reason an experienced woman can’t take over production of “Episode IX,” and it would be fitting, considering the film is the culmination of the saga of Rey, one of the strongest female characters in cinema history.

If Lucasfilm is wondering who they should hire, I’ve got some ideas for them. (Keep in mind that I have no idea if these women would even be interested or available to direct a Star Wars film, but there are lots of good possibilities, nonetheless.) 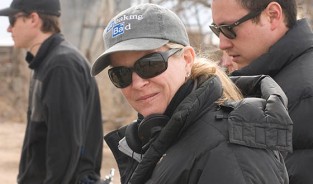 That’s just a short list for Lucasfilm to work with, but there are many other possibilities when it comes to female directors and they are no riskier than, say, Phil Lord and Chris Miller, who directed “The Lego Movie” and “21 Jump Street,” for god’s sake.

So there’s the challenge, Lucasfilm.