It’s Halloween time. Can we cool it with the ridiculous ‘sexy’ costumes, already?

Last Halloween, I was riding high on the girl power of the new “Ghostbusters” movie.

I wanted my costume to celebrate the film and its all-female leads.  I ain’t afraid of no ghosts! And maybe secretly I’d always wanted to don the trademark beige jumpsuits and proton packs I’d seen guys sporting at conventions for years.

So I went online to browse for women’s “Ghostbusters” costume options.

I continued my search in hopes of finding more affordable options, but I kept running into this: 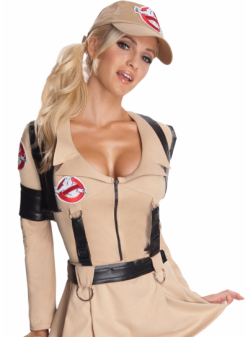 I’m pretty sure this mini-skirted, plunging-cleavaged, baseball cap-topped scrap of beige material would be of little use in actual ghostbusting, unless one happened to be hunting the specter of Hugh Hefner.

And after the revolutionary, kick-ass representation of funny, talented women in the “Ghostbusters” reboot, this “sexy” version of the instantly recognizable uniform seemed like a major slap in the face.

I ended up going with these PJs from Target instead: 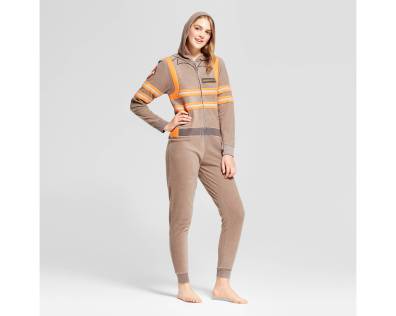 I’m sure I’m not the only woman who’s had this experience while shopping for Halloween costumes, or who has browsed through row upon row of ridiculous “sexy” seasonal get-ups in hopes of landing upon something decent (and by decent, I mean something that isn’t unbearably tacky and won’t completely destroy my positive body image vibes.)

When exactly did Halloween transform from a kid-friendly night of wee children frolicking innocently around the neighborhood in cheap plastic masks and candy binge-induced tummy aches to a tacky R-rated sorority party?

I’m not sure, but I for one would like to issue a plea to All Hallows’ Eve retailers everywhere: Please, please, please … just please … stop it with the nonsensical “sexy” costumes, already, and give us ladies something to wear that we can feel good about.

Seriously, though, it’s insulting that women are expected each year to maneuver themselves into a couple pieces of spandex, obviously designed by males according to boneheaded caveman ideas of what is sexy, themed after pop culture characters or inanimate objects — like slices of pizza or donuts (or the actually-a-real-thing “sexy” loofah costume below). 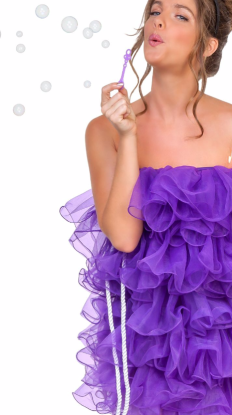 Men, meanwhile, just get to dress up like normal people and pretend to be (not-sexy) firemen, (not-sexy) superheroes, or the (not-sexy) Super Mario Brothers, or something, without worrying about incriminating photos resurfacing years later on social media.

(BTW, I’m not hear to slut-shame anyone, so if you’re a consenting adult woman, 18 or older, who enjoys dressing up in “sexy” costumes in public or the privacy of your own home, and doesn’t feel sad, or self-conscious, or pressured, or desperate for male attention, more power to you.)

Aside from the misogynistic implications of many of the Halloween outfits designed for women, the “sexy” dress-up trend constantly seems to be taking wrongheaded costuming creativity to idiotic new levels.

The internet nearly imploded as early as August this year when perhaps the most absurd “sexy” costume of all time was revealed, and it happened to be a completely wackadoodle riff on a male “Game of Thrones” character: 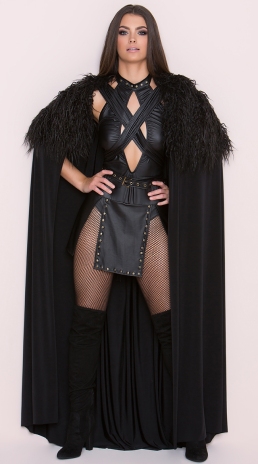 Not only is Yandy.com’s “Sexy Northern Queen Costume,” a furry-caped S&M fantasy gone wrong, it’s obviously a female twist on the popular “Game of Thrones” character Jon Snow (just in case you didn’t get it).

This costume has gone to crazy-town on so many levels, from the fact that the series  is full of strong female characters, to the completely nerdy observation that Jon Snow’s duds from the all-male Night’s Watch are completely inappropriate for a woman. I could go on, but it seems pointless to bother.

Now admittedly, Yandy.com is a lingerie business, so you can’t totally fault them for taking the sexiness a little too far, but they could have at least done their “GOT” research.

Dishearteningly, according to a 2015 Time story, the company makes up to 30% of its yearly $50 million revenue around Halloween, peddling outfits like the aforementioned fur and pleather monstrosity. 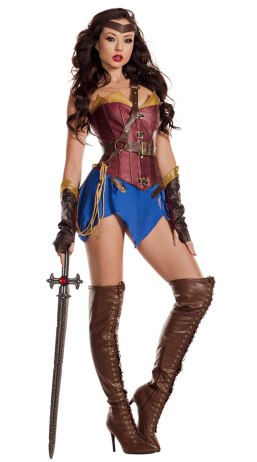 I’m sure this would make Gal Gadot’s Diana want to punch Yandy’s CEO in the face.

And, along with a hotpants-clad female version of Donald Trump, they’ve whipped up my personal favorite of this year’s “sexy” costume crop, the Ali Hamilton, in honor of everyone’s favorite Broadway musical: 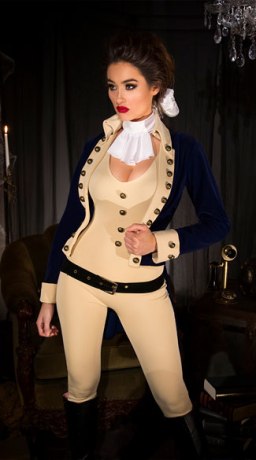 If only enterprising lingerie sellers were the only culprits in this twisted game of insane “sexy” costume one-upmanship. Unfortunately, options that are just as sexist and bizarre as the Ali Hamilton can be found at such wholesome retailers as Target and Walmart, along with the usual suspects, like Hot Topic, Spirit Halloween, and Party City.

Here are some of this year’s more bonkers selections: 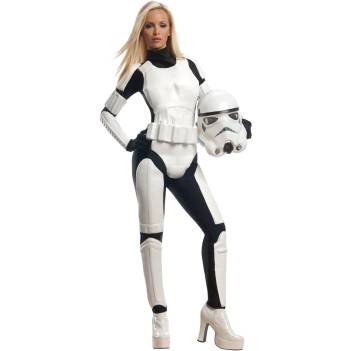 This “Star Wars” Stormtrooper costume is actually pretty cool, except for some reason the model is sticking out her hip suggestively and has accessorized the outfit with high-heeled platform boots. She’s not a little short for a Stormtrooper anymore. 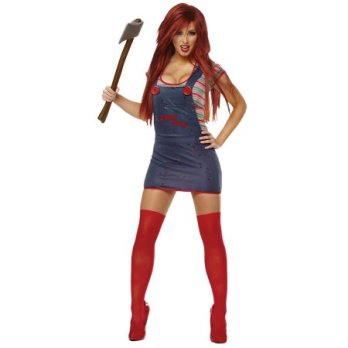 Cause, you know, we’ve always secretly thought Chucky was hot. 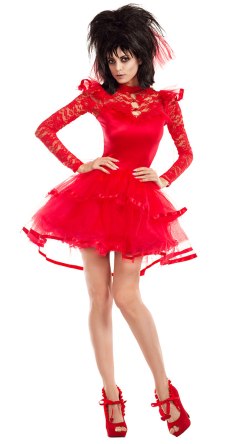 This is totally true to the spirit of Winona Ryder’s character in “Beetlejuice.”

Looks like someone wants to see an all-female “Teenage Mutant Ninja Turtles” reboot. 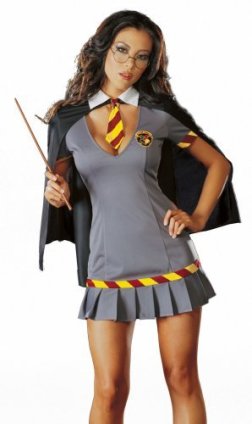 Since this is Halloween and all, I’ll wrap up on a darker note by bringing up the truly horrifying side of the “sexy” costume trend.

Seasonal retailers aren’t just targeting women with skimpy outfits inspired by pop culture favorites. They’re also selling them to little girls, thus grooming an entire generation of underage women to voluntarily offer themselves up as eye candy to whatever pervy pedophile might be lurking nearby.

All you have to do is walk the aisles at your local Spirit Halloween pop-up to know exactly what I’m talking about. Short-skirted Rainbow Brites and weirdly fetishistic My Little Ponies are there for the tween-age taking.

Rather than glorify this unsettling reality with lots of photos, I’ll leave you with just one. It’s called the “Teen Girls Locked N Loaded Cop Costume.” It’s the stuff stripper wardrobes are made of. You can buy it at Walmart.

And it makes me feel a little bit ill. 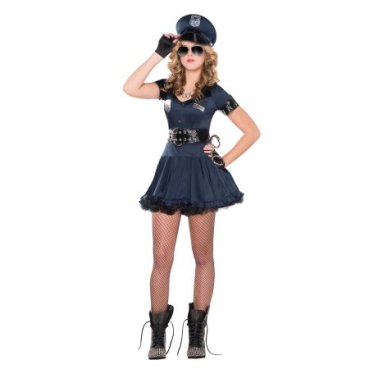 3 thoughts on “It’s Halloween time. Can we cool it with the ridiculous ‘sexy’ costumes, already?”