Halloween is near … Have you watched ‘Nightmare’ yet?

On Thursday night, I officially kicked off my Halloween festivities with friends at a rooftop screening of the 1985 cult classic murder mystery-comedy, “Clue.”

The movie was hosted by Rooftop Cinema Club, a summer series staged under the stars at The Montalban in Hollywood.

The rooftop was decked out in the style of a fun, slightly spooky adult Halloween party with moody lighting, costumed staffers, and skeletons, mummies, ghosts and pumpkin lanterns dangling from umbrella tops. I’m a sucker for all that stuff. 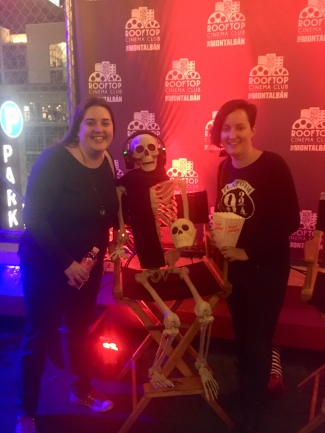 There was old-fashioned popcorn and movie theater candy for purchase, along with gourmet tacos and fries and, of course, alcohol. We watched the movie in reclining deck chairs, laid out in neat rows on AstroTurf, with headphones to block out the street sounds below and blankets on loan.

It’s one of the less crowded outdoor movie options in L.A. – due to limited capacity – and it caters to a young, chill audience that laughed at all the right places during “Clue.” 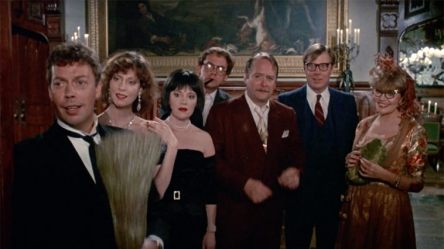 I hadn’t seen the film, based on the classic whodunit Hasbro board game, in many years. I forgot how hilarious Tim Curry is as the butler at the center of all the murderous madness. It made me want to watch “The Rocky Horror Picture Show” stat.

Of course, the entire cast of “Clue” is great – including Eileen Brennan, Lesley Ann Warren, Christopher Lloyd, and Michael McKean, but I have a soft spot in my funny bone for the late, comedic genius Madeline Kahn. I think a home viewing of “Young Frankenstein” is definitely in order.

I remember when outdoor movie screenings were a novelty in L.A., but now there are dozens of different options to choose from and they run well into October, making them an ideal choice for Halloween-time entertainment. 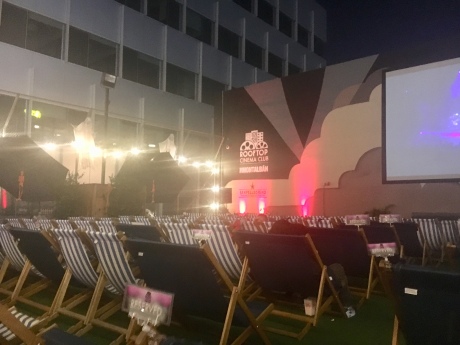 Rooftop Cinema Club has a full slate of horror films and thrillers leading up to Oct. 31, including “Beetlejuice,” “Poltergeist,” “Get Out,” “Death Becomes Her,” and “The Shining.”

You can also check out the Street Food Cinema schedule, which features a few spooky offerings over the next couple weekends.

There is no film as perfect for Halloween viewing as “The Nightmare Before Christmas.” It’s become a major seasonal tradition, and there are no shortages of opportunities at this time of year to enjoy Tim Burton’s animated classic in a fun, communal setting.

It’s wonderfully ironic that Burton, originally rejected by Disney, eventually became responsible for producing one of the company’s most lucrative movies and merchandising brands.

When it debuted in theaters in 1993, “Nightmare” was just a weird, little stop-motion film about Pumpkin King and aspiring Christmas usurper Jack Skellington. Now it’s a Disney staple, loved and celebrated by people of all ages around the globe.

If you’re in or near L.A., you can catch a Street Food Cinema screening of “The Nightmare Before Christmas,” complete with food trucks and DJ’d music, on Saturday, Oct. 21, at Verdugo Park in Glendale.

You can also see “Nightmare,” with fun, “4D effects,” through Oct. 31 at Hollywood’s El Capitan Theatre, a gorgeous, vintage venue with a live organ and a great family atmosphere. Owned by Disney, the theater has screened the Burton film for more than two decades and it’s always a good time.

Sadly, composer and (singing) voice-of-Jack Danny Elfman did not reprise his live-to-film “Nightmare Before Christmas” extravaganza this year at the Hollywood Bowl. Featuring a live orchestra, full choir, cast members from the film, fans in elaborate costumes, and trick-or-treating stations, this event played the bowl on several nights in 2015 and 2016. I was there with my sister in ’15 and it was one of the best nights of my life. 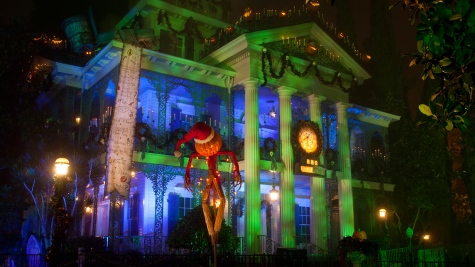 Of course, you can still celebrate “Nightmare” in lavish Disney style at the Disneyland theme park, where “Haunted Mansion Holiday” is in full effect through early 2018. The classic Haunted Mansion attraction has been transformed with jack ‘o’ lanterns, wreaths, scary toys and macabre characters from the Burton film and Sally, Oogie Boogie, Jack himself, and other favorite characters make appearances throughout the mansion.

Speaking of the Haunted Mansion, which No Man’s Land featured a few weeks ago, Her Universe is appealing to our unholy love for grim, grinning ghosts and haunted rooms that actually stretch by unveiling a couple of new Disney dress designs this week.

These gorgeous frocks, which you can see on Her Universe’s Facebook page, will be released soon, so start making your Christmas list.

You’ll be dying to have them.

6 thoughts on “Halloween is near … Have you watched ‘Nightmare’ yet?”