These are the geeky Halloween costumes you’re looking for!

We’ve closed the books on another Halloween and, already, retailers would have us thinking about putting up the Christmas tree and getting started on shopping for stocking stuffers.

But before we plunge into the thick of holiday madness, let’s pause a moment and reflect on Halloween 2017 in all its geeky glory.

For me, the celebrating included the annual party thrown by my family and a dear friend — it started out as an adult soiree and eventually morphed into kid-friendly pandemonium, but the costumes are still out of this world — and my church’s “trunk or treat” event, where I always end up eating way too much candy.

I hope your All Hallow’s Eve shenanigans were just as much fun and left you with less of a tummy ache.

This year, I was heartened to see quite a few Wonder Women, girls dressed as comic book supervillains, and a surprising amount of female Ghostbusters among the usual throngs of Disney princesses, fairies, and witches. (Hey, I’m not knocking that. My daughter dressed as Mulan.)

There’s nothing like the girl-power a favorite geeky Halloween costume can bring to the wearer, along with the enjoyment it brings to everyone else.

In that spirit, No Man’s Land readers submitted photos of their fandom-themed Halloween finery. (I also requested photos of some of the costumes I liked best.)

They’re displayed below to help you hang on to that Halloween glow for just a few minutes longer (and maybe help you get some ideas for next year’s costume).

Shawna, of earthtoshawna.com, models her elf costume, completely with pointy ears, at a local trick-or-treating event for families. Below, you can better see those ears, which apparently were the trickiest part of her outfit.

Kirsten Kerr and her daughter, Lyla, are an adorable Disney-inspired pair, dressed as sea witch Ursula and her “Descendants” progeny, Uma.

Bethany Samuel channels “Doctor Who” companion Amy Pond, with her husband, Aamod, as Rory, and son Levi as the cutest little Yoda.

Mai Kemble, as Coraline,” from the animated movie based on the Neil Gaiman book, and sister Mei Stewart as classic “Addam’s Family” character Wednesday.

Rachel Luevano decided to dress as classic Batman villain The Penguin after friends told her she couldn’t because she’s a girl. She was part of a themed group that included superheroes and supervillains and created their own cardboard Gotham City skyline backdrop.

By day, Fawn Kemble went to work as “provincial” Belle, of “Beauty and the Beast” fame, complete with a light-up Lumiere prop from Disneyland. 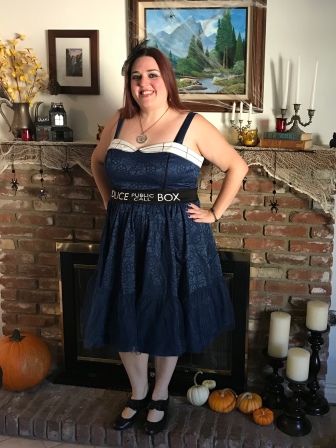 By night, Fawn was a smokey-eyed, fascinator-rocking TARDIS at a family party.

Nathan and Sonia Whitehead gave the couple’s costume the Studio Ghibli treatment as Howl Jenkins Pendragon and Sophie Hatter of “Howl’s Moving Castle.” They decorated their trunk for a trunk-or-treat event with Soot Sprites, Calcifer, and a giant painted Totoro. 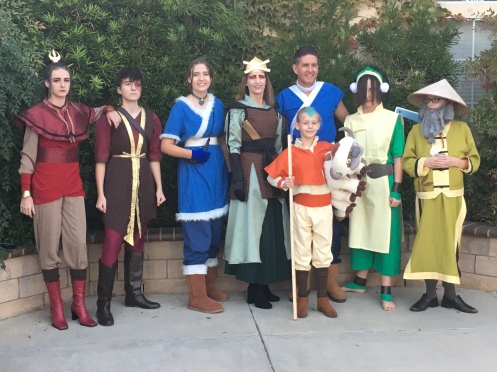 The Hobart family — which includes six girls — represent all the nations (air, earth, fire, and water) of the animated series “Avatar: The Last Airbender” with wonderfully elaborate costumes they put together themselves. Mom Dina, center, is the driving force behind their amazing annual costume creations.

The Rivas family represent some of their favorite comic book heroes at a Haunted Mansion-themed party in Disney’s Grand Californian Hotel. From left, Noah as Star-Lord, David as Peter Parker, Kristy as Iron Man, and Audrey as Wonder Woman. 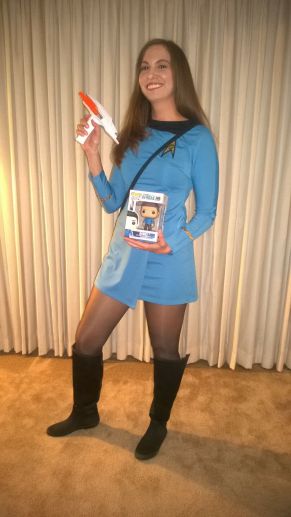 Amber Hoffman set phasers to stun with her tribute to Star Trek and Zachary Quinto’s Spock. 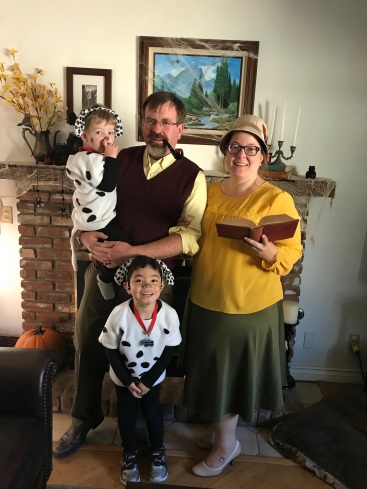 Chris and Lisa took DisneyBounding to adorable new levels, as Roger and Anita of “101 Dalmations,” accompanied by their two irresistible spotted pups.

Stephanie Patterson and her husband, Jacob, threw a jaw-droppingly detailed “Stranger Things” party to which Stephanie wore this Eleven-inspired outfit, complete with electrodes and bloody nose. 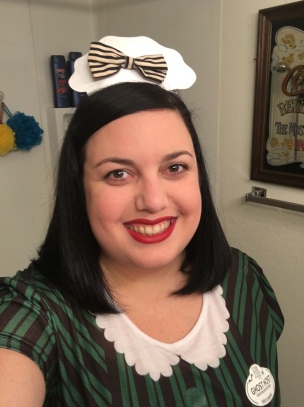 Stephanie also donned this fun and spooky nod to Disney’s Haunted Mansion for another event.

As an extra Halloween treat, below are some more detailed, closeup shots of the Hobart family in their “Avatar: The Last Airbender” costumes. 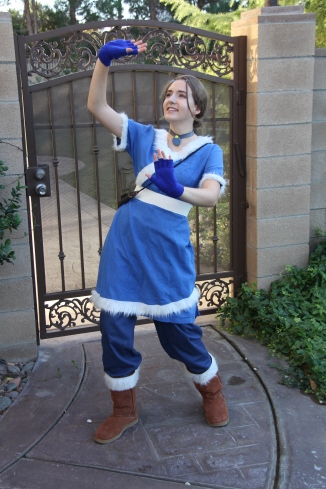 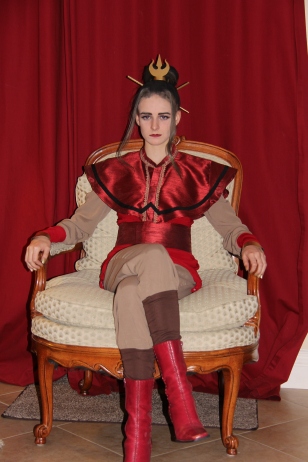 The group with Dad Dale Hobart as Sokka.

Thank you to everyone who sent in pics and gave permission. You are my absolute favorite geek goddesses.