Since “Star Wars: The Last Jedi” hit theaters in December, there’s been a lot of talk about the film.

Now that’s an understatement. I don’t know if there’s ever been a more talked-about Star Wars movie or, at the very least, one that has inspired this level of divisive debate, indignation, and emotional outrage. (I suppose we have social media to thank for that.)

Haters love to hate “The Last Jedi.” That’s one thing we know for certain. They’re mad as hell and they’re not going to take it anymore. For many, many reasons.

They’re angry that writer-director Rian Johnson didn’t exactly answer key questions raised in “The Force Awakens,” or answer them in sufficient detail. At the same time, they’re crushed that he abruptly slammed the door on many of those same queries.

They don’t like the film’s portrayal of Luke Skywalker. They don’t like what becomes of villainous Supreme Leader Snoke. They’re upset about the movie’s general lack of lightsaber training montages.

“What’s up with the goofy tone?” they ask.

“Too many porgs,” some say.

“Not enough porgs,” others reply.

However, in the midst of this controversy, there’s an important dialogue we should be having that isn’t taking place nearly as much as I think it should.

Can we just talk for a minute about what an impressive feat of representation “The Last Jedi” achieves?

The new Star Wars trilogy’s heartening trend toward diversity, female-driven storylines, and a general openness to cast characters in a way that reflects the world we all live in began, of course, with “The Force Awakens.”

That movie brought us an unusual trio of heroes for a big-budget Hollywood sci-fi flick: Daisy Ridley’s Rey, a woman gifted in the Force; John Boyega’s Finn, a black Stormtrooper turned Rebel; and Oscar Isaac’s Poe, a charming rogue pilot who also happens to be Hispanic.

(And let’s give a shout-out to Gwendoline Christie’s bad-ass lady-baddie, Captain Phasma.)

Of course, this groundbreaking lead cast brought a few nasty, racist trolls out of the woodwork – Boyega bore the brunt of their disapproval – but, by and large, these characters and the actors who play them were received with enthusiasm.

The spin-off film “Rogue One” continued this welcome new Star Wars tradition with another strong female lead, Felicity Jones’ reluctant rebel Jyn, and her partner-in-sabotage, Cassian, a character Diego Luna portrayed using his own Mexican accent, which is strangely rare in Hollywood.

The remainder of the “Rogue One” cast was thrillingly diverse as well, featuring Forest Whitaker, Riz Ahmed, and Chinese stars Donnie Yen and Wen Jiang.

It’s clearly not an accident that Disney’s new incarnation of the Star Wars universe is so wildly and wonderfully diverse. This is something the Lucasfilm team is intentionally and boldly working at, whatever their motives.

“The Last Jedi” takes this approach to soaring new heights. This latest entry in the franchise not only features the return of the Rey/Finn/Poe dream team, but also introduces us to Rose, a mechanic turned unlikely Resistance hero played by comedian Kelly Marie Tran.

I love the fact that “The Last Jedi” also shows us Rose’s sister (played by Veronica Ngo) in a heartbreaking scene of self-sacrifice and heroism at the beginning of the movie.

Along with continued diversity in casting – Benicio Del Toro joins the ensemble as master thief DJ and there are pilots, Resistance fighters, and First Order henchmen of all genders and ethnicities sprinkled throughout – director Johnson serves up a story that is shockingly female-forward for a big-budget sci-fi spectacle.

Rey and her journey to discover her identity in the Force is, of course, the driving story arc of the film. As she faces her fears, forms a tenuous bond with Kylo Ren, and ultimately comes into her own power, Ridley’s Rey continues to be the complicated, compelling, and refreshingly non-sexualized heroine most of us could only dream of watching as young girls.

(Can we just put this controversy about Rey’s impossible Force powers to bed already? Men have been doing impossible things in action movies for decades and nobody bats an eye. I’m over it.) Just as astonishing as Rey and her gradual self-realization is the late Carrie Fisher’s elegant, commanding performance as General Leia Organa.

Her relationship with Laura Dern’s Vice Admiral Holdo is a joy to behold – two powerful women who respect each other working alongside each other and confiding in each other in a way we rarely see depicted on film.

And their mutual annoyance with, affection for, and no-nonsense management of the meddling, mansplaining, but irresistibly cute Poe Dameron (we all know that’s the only reason he gets away with this s&*#) is totally unexpected and such a treat. I still can’t get over it.

She also wondered whether this could be one of the reasons the film has garnered so much hate. Sadly, I think she may be onto something.

It was recently reported that a disgruntled Star Wars fan sloppily edited together and posted online his own “female-free” version of “The Last Jedi.” I’m not sure how much attention this pathetic act of misogyny deserves, but the fact that someone actually thought to do this is discouraging, to say the least.

On the other hand, the fact that dudes who respond so irrationally to cinematic depictions of female power are feeling this threatened may be cause for optimism. These are the same guys who wanted to boycott “Mad Max: Fury Road,” the female-led “Ghostbusters” reboot, and the newest Doctor, and who groused about female-only screenings of “Wonder Woman.”

These dinosaurs are desperate because they recognize they are headed for extinction.

Despite the strong feelings it has conjured within moviegoers, “The Last Jedi” is an unequivocal box-office hit, grossing more than $1 billion worldwide. The film is on track to ultimately reap less than “The Force Awakens.” However, it would be crazy to consider it anything less than a massive money-maker.

For this reason, the new Star Wars trilogy remains one of the most convincing arguments that more diverse representation in major Hollywood movies is just good business practice.

Some may counter that the Star Wars franchise is simply too big to fail, but it seems fairly obvious audiences have embraced this new direction for Lucasfilm and Disney. Otherwise, why would the studio continue to pursue it? 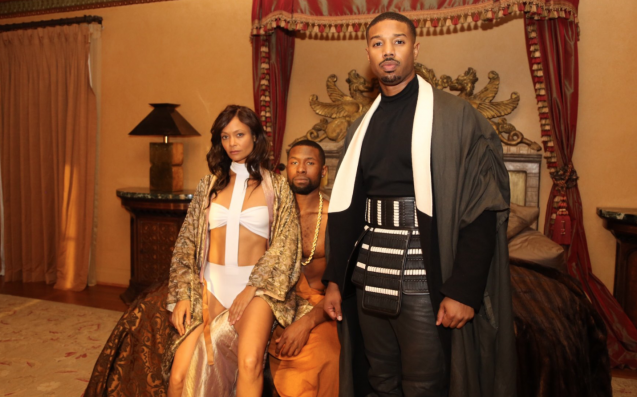 This brings us to the question: Can Disney and Lucasfilm do more?

Of course they can – and they should!

DuVernay said this was no accident and social media instantly blew up with demands that Disney cast Jordan as a badass Jedi in the next Star Wars movie.

That’s a fabulous idea. And there is enough room in the Star Wars universe for more black actors, along with women and performers of varying origins, ethnicities, and sexual orientations.