Why ‘Black Panther’ matters: ‘The fulfillment of a wild dream’

Marvel’s latest comic book adaptation, “Black Panther,” is officially a pop cultural and box-office juggernaut, racking up more than $500 million globally in just one week. Its opening weekend was the fifth highest-grossing of all time.

The film has a 97% fresh rating with critics on Rotten Tomatoes, as well as stellar word-of-mouth from moviegoers, and has completely shattered the long-held Hollywood myth that black-led movies will inevitably tank with international audiences.

More importantly, the film has connected powerfully with black moviegoers, who are thrilled to see themselves represented on-screen in unprecedented ways.

I asked my friend and fellow geek, Dareece Shaw, to talk about what the groundbreaking representation of “Black Panther” means to her personally. Dareece is a Marvel fan, musician, licensed marriage and family therapist, and mother of two daughters. (MILD SPOILERS AHEAD.)

My experience watching “Black Panther” as a black and female moviegoer was like the fulfillment of a wild dream. It was surreal for me to be sitting in the theater watching a major Marvel superhero movie and seeing nearly everyone on the big screen looking like me. It was comforting and emotional at the same time.

Now, I’ve seen my share of movies with predominantly black casts. But they are not made at this high of a level and they certainly aren’t as mainstream. This was such a different experience. It was so cool to mention to friends that we were seeing “Black Panther” and have them know what movie I was talking about and state their own excitement to see it. 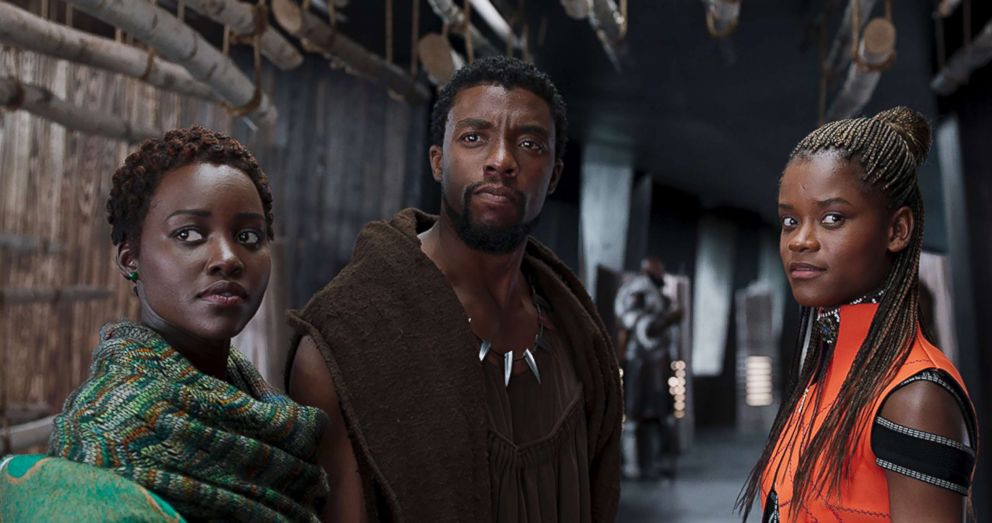 I especially loved the strong presence of powerful black women in the film. I mean, the royal guard of Wakanda, the people charged and trusted to protect the very life of the king, were women. Women. The lead scientist/engineer/inventor … she was a young black woman. That just made me so happy. In a world where women are often devalued and viewed as unequal to their male counterparts (particularly women of color), that was such an awesome sight to behold.

Though this is a superhero movie and should be evaluated as such, this movie stands for a lot more than that to me. It shows the acknowledgement of the need to have black representation in film and it shows how successful it can be when given the chance.

Without explicitly stating it, the underlying message many minority groups are given by Hollywood oftentimes is that our white counterparts can do the job better. Again, it’s not that anyone has expressly spoken this, but it’s implied.

Whenever a role that was intended to portray a minority is given to a white person, it’s implied. Whenever the Hollywood elite and SAG members only nominate white actors, directors and so on for awards, it’s implied. So, how cool is it to know that there were white executives in Hollywood who saw this concept, the cast, the director, the screenplay, and said yes?! It’s a good sign that society is becoming more ethnically inclusive and more representative of the population at large.

That fills me with great hope for the future and for my daughters who will grow up and live in a world where they may often be viewed as being at the bottom of the totem pole. My little girls (who will be grown women one day) matter. That’s a big message I took away from this film. One day when I can watch it with them, I hope they are excited to see it and I hope we can have conversations about what it means to them.

Another aspect of the film that struck me deeply as a spectator was the tension between Killmonger as the African American character as he returned to his African royal heritage. It felt sadly familiar to be able to relate to that “out of place” feeling I’ve often felt in my life, even amongst other black people. It’s a sad reality that as a culture we can be at war with ourselves.

Even the moment when T’Challa went to seek help from the other tribe to overthrow Killmonger was eye-opening. The initial reaction was anger and the leader (M’Baku) brought up the fact that T’Challa and his people historically had never been there to help their fellow Africans. It happens right now in our culture and I appreciated seeing a version of that in the film. This movie, along with being a solid superhero entry, was socially self-aware. That’s beyond awesome.

Overall, I left the theater feeling proud, excited, hopeful, and thoughtful. I look forward to the future of cinema as it takes steps to be more inclusive of different cultures and ethnic backgrounds. I also look forward to future entries in the “Black Panther” series and to seeing more of this world included in the Marvel universe.

I also look forward to the day when a young person in the future asks me if I’ve heard of the movie “Black Panther.”

I’ll smile and say, “Yeah. I saw it in the theater opening day. And I loved it.”

2 thoughts on “Why ‘Black Panther’ matters: ‘The fulfillment of a wild dream’”