From the 13th Doctor to Black Panther’s Shuri, these geeky costumes put a spell on you

Halloween is two weeks away, geek girls. Have you sorted out what you’re going to wear yet?

Whether you’re searching for that perfect ensemble, totally stuck, or seeking inspiration, don’t panic. There’s still time to order something awesome or, if you’re feeling ambitious and creative, put an outfit together yourself.

To help, we’ve assembled a list of killer costume ideas based on the latest trends in pop culture and fandoms.

But first … ladies, this is what some major retailers think you should be stepping out in this Halloween:

What Mandalorian mischief is this? A sexy Boba Fett costume? We’d rather be swallowed by the Sarlacc than be caught dead in this monstrosity …

… Or this “sexy” goldfish costume. What even is this?

… Or the “Riveting Rosie.” No, I am not making this up. You can actually buy this from Target. Rosie’s rolling in her grave.

Seriously, though, you don’t have to go to the Halloween party or take your kid trick or treating dressed as a sexy water-dwelling pet or a tarted-up mockery of an American history icon.

If you really want to get your geek on this All Hallow’s Eve — and keep your dignity intact — read on for some wicked dress-up ideas. 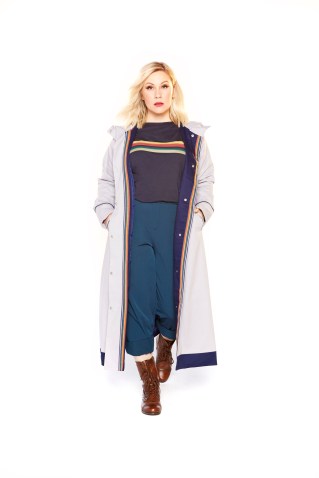 The 13th Doctor of BBC’s beloved Doctor Who series recently made her American television debut. Even before that, however, she was shattering glass ceilings and making fashion statements. Star Jodie Whittaker’s wardrobe has caused quite a stir. It’s sure to be many a geek girl’s go-to costume this year.

Fortunately, Her Universe has already done the work of putting this timey-wimey ensemble together for you. You can find No. 13’s signature rainbow T-shirt, trench coat, and high-waist pants here.

A certain trio of witchy sisters were on our list last year, but we had to resurrect them because the 1993 Disney movie Hocus Pocus has been getting a whole lot of love in 2018 with fresh merchandising campaigns, film screenings, and rumors of a sequel. Whether you go as Winifred, Sarah, or Mary Sanderson, you’re sure to cast the right spell. 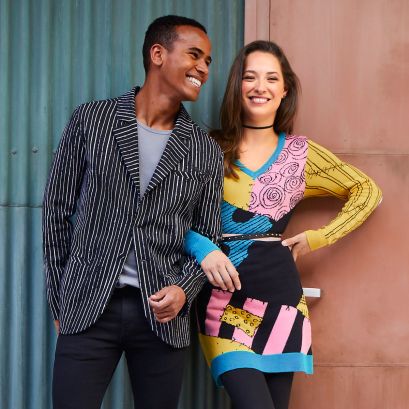 Another spooky 1993 Disney classic is enjoying an outpouring of fan appreciation as it celebrates its 25th anniversary. The Nightmare Before Christmas continues to enchant moviegoers with its macabre charm.

This Jack Skellington Blazer and Sally Sweater Dress make the perfect pairing for a couple’s costume. Let’s be real, ladies. You know you could rock either or both of these looks.

Our collective pop cultural imagination continues to be captivated by superheroes, which means we’re going to be seeing many, many spandex bodysuits, capes, masks, and generally badass comic book-inspired get-ups again this Halloween.

If you’re still riding the girl-power high of the Captain Marvel trailer, you may want to suit up as Carol Danvers, the first Marvel superheroine to get her very own movie.

Or keep it casual with this stunning jacket modeled on Princess Sparklefist’s dramatic red, blue, and gold look.

If we were running a popularity contest for superheroes, Wakandan tech genius/princess Shuri would win, hands-down. We’re going to be seeing a lot of little — and not-so-little — Shuris strutting their stuff come Halloween night.

He snapped his fingers and dusted half our favorite residents of the Marvel Cinematic Universe, but for some reason fans are weirdly into Thanos, the purple, mass-murdering villain of Avengers: Infinity War. Thanos may be a dude, but we’d like to see some Lady Thanoses don the Infinity Gauntlet and bask in its ultimate power, too.

Ryan Reynolds may be the star of Deadpool 2, but Zazie Beetz practically stole the movie out from under the Merc with the Mouth, as lady luck herself. If you’re looking to buy a Domino costume, sadly, there’s not much out there that’s affordable.

Why not embrace a challenge and put her black-leathered-up look together yourself? (Bonus points if you go as the Domino, pictured below, of Marvel’s recent comic book run penned by Gail Simone.) 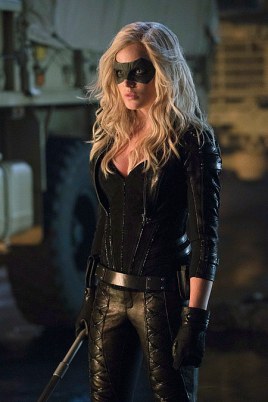 If you’re more of a DC girl than Marvel or Disney, The CW’s Arrowverse is a good place to start when looking for superheroic costume inspiration. We’re partial to Black Canary . 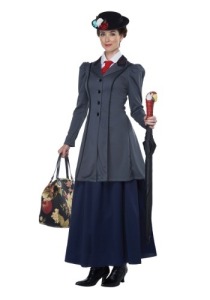 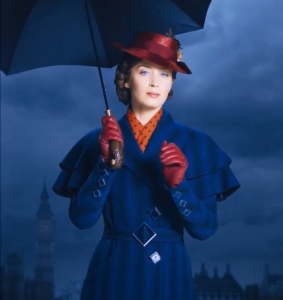 Try as you might, it’s probably pointless to fight that insatiable urge you’re feeling to dress up as one of Disney’s countless adored characters. After all, it’s Walt’s world and we’re just living in it.

With Mary Poppins Returns headed to theaters in December, starring Emily Blunt, looking practically perfect in every way, it’s the perfect time to don this perennial costume favorite. You could go classic or put together you’re own ensemble inspired by Blunt’s smart new update.

For no-fuss princess looks that mean you won’t have to stumble over a mountain of petticoats all night, look no further than Her Universe’s new Destination Disney Collection and its adorable takes on Jasmine, Rapunzel, Tiana, Ariel, Mulan, and Moana.

Maybe forget princesses, though. Disney villains, like Malificent and Ursula, are the folks who are really having a moment.

And it wouldn’t be Halloween without Star Wars, but if you’re looking for an alternative to the typical generic Jedi, Darth Vader, and Kylo Ren duds, here are two more playful options:

This Lando Calrissian cape may be designed for men, but there’s no reason the ladies can’t rock the smooth-talking smuggler’s fabulous style.

We’re also loving this understated but amazing Clone Wars Ahsoka Tano Dress. The matching scarf appears to be sold out, which is too bad because it’s the perfect finishing touch.

If you’re a gamer, you’ll want to slip into the skin of one of your favorite digital avatars.

If Fallout’s your game of choice, a Vault Suit’s a safe bet, while fans of the new Shadow of the Tomb Raider can easily assemble their own ensemble from the versatile pieces in Her Universe’s tie-in fashion collection.

If you’re creating a costume based on your favorite fandom, you might want to check out Elhoffer Design. The online geek fashion business specializes in well-crafted pieces you can mix and match to recreate pop culture-inspired looks, from Star Wars, to Game of Thrones, to Marvel, to Harry Potter, and more.

Elhoffer’s Magical Midi Wrap Dress, pictured above, comes in several colors and is the perfect jumping-off point for whipping up characters from princesses to wizards and beyond. Check out the website for more ideas.

Another great source for crafting your own costume — especially a Harry Potter-themed outfit or witchy dress-up — is the Magically Made for Couture for Every Body line from Pinup Girl Clothing. The skirts, capelets, and dresses could have been made for a moonlit night at Hogwarts.

Show off your Halloween style! Send us photos of yourself in your geeky Halloween costume and we might post them on social media. Email pics to lavendervroman@gmail.com.

3 thoughts on “From the 13th Doctor to Black Panther’s Shuri, these geeky costumes put a spell on you”