If you haven’t yet seen Avengers: Endgame, you’re going to want to bookmark this review for later. There is literally no way to discuss the film without spoiling something.

SPOILERS AHEAD, NO JOKE!

Avengers: Endgame is the final movie in Marvel’s Avengers quadrilogy and marks the close of a wildly successful era for the Marvel Cinematic Universe. Expectations for the film are ridiculously high, but Endgame rises to meet this challenge in impressive ways.

Certainly, this last chapter (before the launch of Phase 4, anyway) reinforces the MCU’s status as the most ambitious, seamlessly flowing, frustratingly complex yet enjoyably populist franchise in the history of cinema.

In a mind-boggling – if not exactly perfect – feat of screenwriting, Endgame delivers the closure we’ve been craving while generously delivering the fan service that is the just and deserved reward of loyal audiences of the MCU.

If you’re going into the film expecting non-stop action and epic battle sequences (there are some; don’t worry), you may be surprised at how much time directors Anthony and Joe Russo devote to intimate, character-building moments between individual heroes and the smoothing away of resentments, rekindling of friendships, sharing of griefs, and forging of new bonds.

Without going into too much spoilery detail, Endgame opens with the remaining Avengers freshly reeling from the events of Infinity War, in which diabolical purple alien overlord Thanos (a mo-cap Josh Brolin) dusted half Earth’s population out of existence, including many of our heroes’ closest friends and allies.

Our band of grieving supers are soon introduced to Captain Marvel (Brie Larson), who’s been busy keeping peace throughout the universe. Eventually, they’re also joined by Ant Man (Paul Rudd), who has escaped from the Quantum Realm with a theory that might prove useful to easing the Avengers’ crushing, collective survivor’s guilt and sense of failure.

That’s about all the plot summary I’m comfortable providing. Suffice it to say that, as you may imagine, events get a lot more complicated.

There’s a “time heist” element to the film that I wasn’t expecting, complete with Back to the Future references. This is actually an ingenious method of eulogizing Phase 3, at once a retrospective and a celebration of 10 years of Marvel movies.

It’s risky, and clever, and oh so meta without being jaded and satisfyingly binds together the disparate, beloved characters and myriad plot threads of the universe. A certain New Yorker critic may have hated it, but as a fan, I was surprised by how much I appreciated it.

People have been flocking to the theater armed with tissues in anticipation of emotional devastation and there are, indeed, many emotional, even heartbreaking moments, including Tony Stark’s new identity as a father, encounters with characters from the past, and inevitable, painful losses. (The sobbing in the theater was audible.)

There is hope, however, for Endgame contains multiple geek-out comic book fantasy moments, including one major character fighting himself, the weapons swap we’ve all been waiting for, and several passing-of-the-torch scenes that hint at what may be to come in Phase 4.

The film also retains the signature MCU humor with Tony dishing up new hilarious nicknames for his comrades, a priceless exchange about Cap’s ass, and Thor as you’ve never seen him before (and probably never wanted to).

The actors continue to demonstrate a consummate grasp of their characters’ inner lives with sincere pathos but without taking themselves too seriously. I particularly loved the emotionally charged interactions between Black Widow, Captain America, and Tony at the beginning of the film. 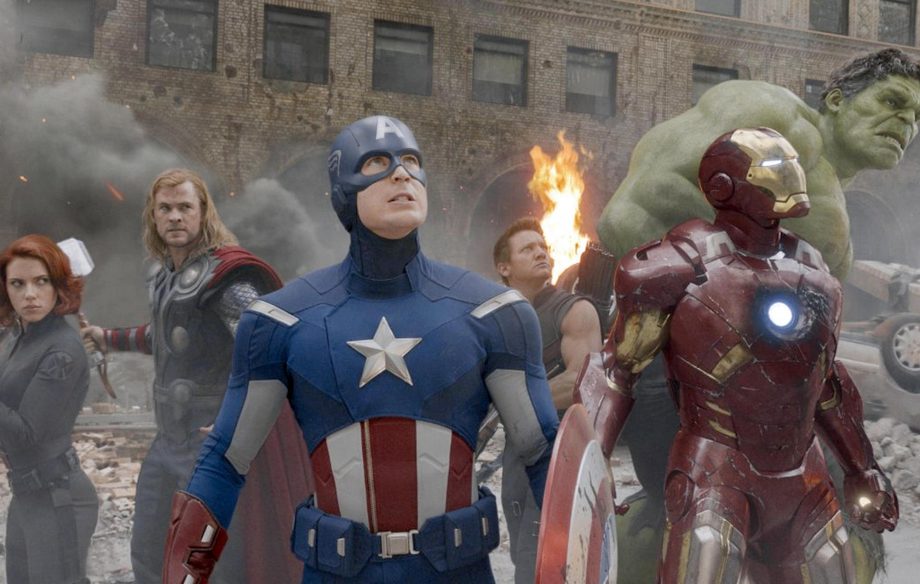 There is an endless list of topics we could discuss here, but for me, the most significant thing about Endgame is how powerfully it illustrates Marvel’s decade-long, at times excruciatingly slow, quest to do better when it comes to representation.

(For a couple of excellent takes on the progression of diversity in Marvel movies, check out this GQ story and this one from the Washington Post.)

I remember going to the theater to review The Avengers in 2012 and being astounded by the diversity of the audience that came out to see it. Since the beginning, the MCU has been a huge unifying force for moviegoers of all backgrounds, ages, ethnicities, genders, orientations, political persuasions, and classes. I’d never seen anything like it, and that was back when Marvel movies were almost exclusively telling the stories of straight, white, male superheroes.

Marvel still has a very long road to travel in terms of representation, but the audience reactions I witnessed during a Friday night showing of Endgame were deeply heartening. The biggest cheers were reserved for the women of the MCU, especially Captain Marvel, as well as people of color. When a certain group of Wakandans finally made their entrance in the film’s third act, joyful pandemonium broke out in the theater.

This is proof that audiences do desire, respond to, and even thrill to increased representation in entertainment, whatever the trolls may say about “forced” diversity and political correctness.

The inevitable Hulk-smash-level box office performance of Endgame – by Saturday, it had already broken the record for biggest global opening weekend – is indisputable evidence that diversity is also good for business. As far as I’m concerned, there isn’t a single future movie franchise that can afford to ignore this model.

So … aside from the audience’s obvious and enthusiastic embrace of more diverse characters in the MCU, is Endgame itself a paragon of representation?

The answer is … not exactly.

When it comes to representation of women, I think it’s safe to assert that Endgame would not pass even a basic feminist benchmark like the Bechdel Test. Eleven years later, the female characters of the MCU are still disappointingly preoccupied with and exist largely in service of the stories of the male characters.

This is despite the strong presence of Larson as Carol Danvers, who swaggers into the movie like she owns it, sporting a new haircut and virtually limitless power, a subplot involving a strong sisterly bond, the resurrection of a wonderfully platonic male-female friendship, and a totally audience-pandering but still awesome all-girl team-up in a major action sequence.

In similar fashion, the POC characters in Endgame still do a lot of alarmingly passive watching from the sidelines.

While I’m listing my complaints about Endgame, I wasn’t thrilled with the way a major MCU character meets her ultimate demise and I found myself longing for more of Captain Marvel and the residents of Wakanda. I will never get enough of these characters. Ever.

For now, white men – namely Thor, Tony, Cap, and the Hulk – remain the big players of the MCU, so Endgame naturally focuses on them as it seeks to provide a fitting end to the Avengers saga.

One thought on “11 years later, Marvel’s diversity is its strength”