Name a fandom and chances are Kisa Watton has cosplayed a character — or, more likely, multiple characters — from it.

This London geek grew up on movies, formed a special attachment to The Lord of the Rings at the age of 5, then graduated to anime and manga. Her mother took her to her first convention, where she was mesmerized by the masquerade and decided she wanted to make costumes of her own.

Kisa has cosplayed iconic characters from Game of Thrones (ill-fated Missandei is her latest), the Marvel Cinematic Universe (my personal faves are her multiple Shuris and Maria Rambeau), Spider-Man: Into the Spider-Verse, BioShock, The Dragon Prince, The Umbrella Academy, Pirates of the Caribbean, Fantastic Beasts and Where to Find Them, Star Wars, Austin Powers, The Fifth Element (she’s an impressive Ruby Rhod), The Walking Dead, Disney, Hamilton, Yu-Gi-Oh!, Bleach, It, the X-Men, Kingsman (Agent Whiskey!), Star Trek: Discovery … and the list goes on.

Ever willing to play the more “obscure” character in a group cosplay, Kisa relishes the friendships she’s made while indulging in this hobby, as well as the opportunity to visit with cosplay friends she may only see once a year.

She specializes in prop making, putting her studies in model design to good use, and finds endless inspiration in Marvel’s massive lineup of characters, as well as Star Trek: Discovery Commander Michael Burnham.

Read on to learn more about Kisa and her abundant and amazing cosplay. For more photos, check out her IG, @kizuki_cosplay.

You’re a cosplayer and model designer who has done a staggering amount of amazing cosplays from a huge variety of fandoms. My first question is, how do you find time to do all these cosplays?

To be quite honest, most of my costumes gets made in the few days before the convention, haha! In London, I live very close to the fabric markets so it is easier for me to gather all the materials I need pretty quickly.

What’s your geek origin story? Were you a geeky kid?

I have always loved watching films. Lord of the Rings was always my favourite, even when I was 5 years old. Later on, I got into anime and manga for a few years, which is why every so often I cosplay from an anime.

How and when did you first discover cosplay? I read that your first one was Luminara from The Clone Wars.

I actually discovered cosplay when my mother took me to my first convention. I watched the cosplay masquerade and I knew I wanted to try and make my own costumes too. My first costume was actually two years before that, I went to Manchester Comic Con as the Dark Magician from Yu-Gi-Oh! 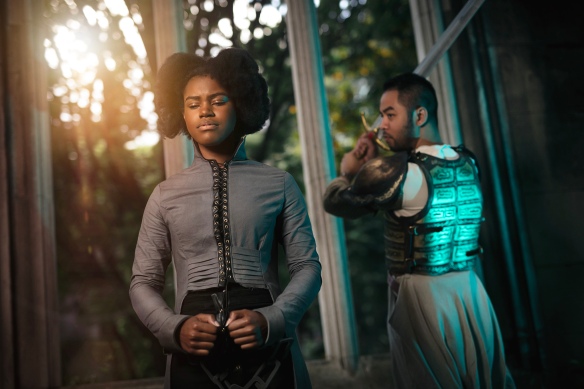 Kisa as Missandei from Game of Thrones. Photo: So Say We All Photography.

Your most recent cosplay is Missandei from Game of Thrones, which you debuted at London Comic Con. How did that go?

I only wore her for a few hours, but I had so much fun and I got the chance to model some Game of Thrones jewelry for Silver Lab Creations!

Missandei’s fate in the controversial final season of GOT has resulted in a lot of feelings for fans. Do you have any thoughts about this?

I wish she could’ve had a more meaningful death, I guess, throwing Cersei off the wall or doing something a bit more rebellious? She also had next to no lines in the entire season!

Kisa as Shuri from Black Panther. Photo: So Say We All Photography.

You also recently attended the Avengers: Endgame world premiere, dressed as Shuri. That’s so exciting! How did that happen? Tell me all about it.

It was indeed very exciting! I actually got invited by someone who works for Disney. It was all very crazy, but I got to meet so many cosplayers from all over the US and meeting the actors was super cool too!

What did you think of Endgame? (SPOILER ALERT!)

I enjoyed it a lot. I loved seeing all my favourite characters together at once. I have been invested in the MCU since watching Iron Man back in 2008. However, I was also devastated that Tony Stark died, as he was my all-time favourite character!

Kisa as Maria Rambeau. Photo: York in a Box.

A couple of your recent cosplays that I love are Maria Rambeau from Captain Marvel and Miles Morales from Spider-Man: Into the Spiderverse. They seems so simple, but you really nailed them. Tell me about your thought process in putting those together.

Both of them were actually very last minute. I hadn’t actually watched Captain Marvel when I was putting my Maria costume together, but I happened to have the wig and the glasses so I knew I had to cosplay her.

Miles’ costume was actually more complicated than it first appeared. Finding the exact shade of green for the jacket and finding some trainers that would work required a lot of “eBaying,” especially as the actual trainers that he wears are around £300! 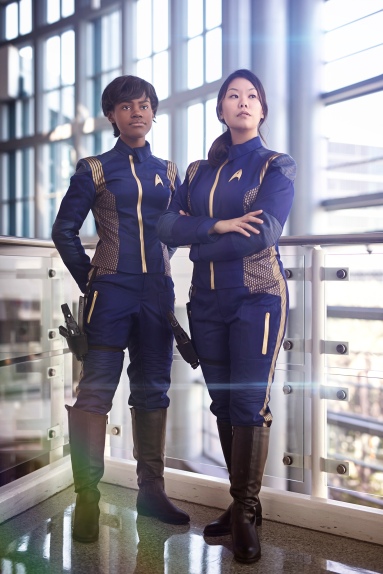 Kisa as Michael Burnham with Jia Li as Georgiou from Star Trek: Discovery. Photo: So Say We All Photography.

You studied Model Design (industrial and product design). I imagine you put these skills to use in your cosplay a lot. What kind of work (the stuff we don’t see) goes into creating a cosplay?

As I have been focusing on sewing in the past few years, I haven’t actually been maximizing on the skills I have picked up. However when I make props, I now know how to use a lot of different materials such as metal, silicone, wood and resin. It’s hard to use such materials at my desk in my bedroom, haha, but sometimes I’ll sneak some cosplay work into my university studio.

I usually start with finding as many reference images as possible, trying to find all angles in the highest quality. After that I’ll decide on my material. I often use foam these days, as I have a lot left over and it’s quite straightforward to manipulate. Props are the only part of my cosplays that I try to leave a decent amount of time for, as you cannot rush the drying process of paint or glue (and I have tried!).

I also love that you do some less “obvious” cosplays, like Foxxy Cleopatra from Austin Powers, Ruby Rhod from The Fifth Element, Agent Whiskey from Kingsman, and Heimdell from Thor. Where do you get your inspiration/ideas?

Most times it is because I am part of a group cosplay and I don’t mind being a more “obscure” character if I know that my friends and I will have fun hanging out together. But others, like Foxxy, she has been one of my favourite characters since I watched Austin Powers as I was obsessed with Beyonce when I was younger.

You’ve cosplayed characters from so many different fandoms, including Into the Spiderverse, Game of Thrones, Star Trek: Discovery, BioShock, The Dragon Prince, Marvel, Umbrella Academy, Fantastic Beasts, Star Wars, Disney, The Walking Dead, Hamilton, X-Men, Bleach, and It. What would you say are your very favorite personal fandoms?

Marvel will always be my top fandom, especially the MCU. There are just so many cool characters with different powers and completely different costumes that I cannot resist cosplaying as many of them as possible! My more recent favorites are Star Trek: Discovery and The Dragon Prince. They are both full of amazing characters, they are diverse, and the stories had me hooked from the first episodes.

What are some of your favorite cosplays that you’ve done so far?

I always find this question hard as I have had so many costumes bring me amazing opportunities even if I hadn’t initially been enthusiastic about them in the beginning. Michael Burnham (more specifically her Mirror costume) has to be my all-time favorite though. Within one year, I have cosplayed five of her costumes and I already have more planned.

From the pics on your Instagram account, it looks like you’re having a ton of fun when you attend conventions or events in cosplay. What do you enjoy most about it?

I enjoy meeting new people and evolving my current friendships. It’s just so much fun, especially when I often see some friends once a year. I also like messing around and taking the most weird selfies.

Fans really respond to cosplayers. What are some of the more memorable interactions you’ve had at events, both positive and negative?

Meeting people cosplaying from the same fandom as you or even the same character, as we both get to be enthusiastic about a shared passion. Also, meeting people who you have talked to online and suddenly becoming really good friends with them, I honestly love when this happens! I don’t think I have really had a negative experience so far. Everybody who I have met has been so kind. 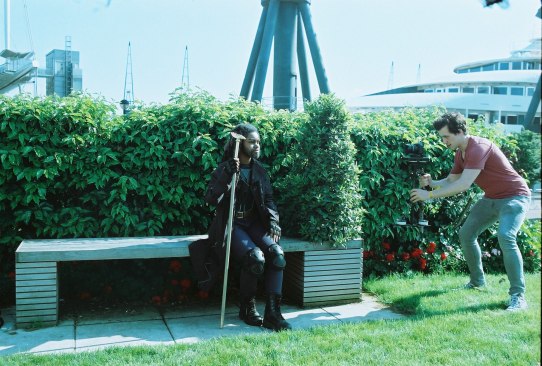 As a cosplayer of color, is there anything you’d like to like to see change within the cosplay community or the fandom community in general?

It would be great if people would be accepting of everyone and not be racist! Some of my friends have had disgusting comments left on their pictures, so I wish people would just stop.

If readers would like to support your cosplay work, what’s the best way for them to go about that?

Could you give us a hint as to the cosplays you have planned for the rest of 2019?

What items do you still need to check off your geek bucket list?

I would love a laser cutter! If I could afford one or even have space for one, that would be the first thing I would purchase.

Cover photo of Kisa as Michael Burnham from Star Trek: Discovery by So Say We All Photography.